reCAPTCHA is a Google service that protects websites from spam and abuse. It uses advanced risk analysis techniques to tell humans and bots apart. This brief demonstrates how Apereo CAS may be configured to integrate with the Google reCAPTCHA API v2 and v3.

Our starting position is based on: 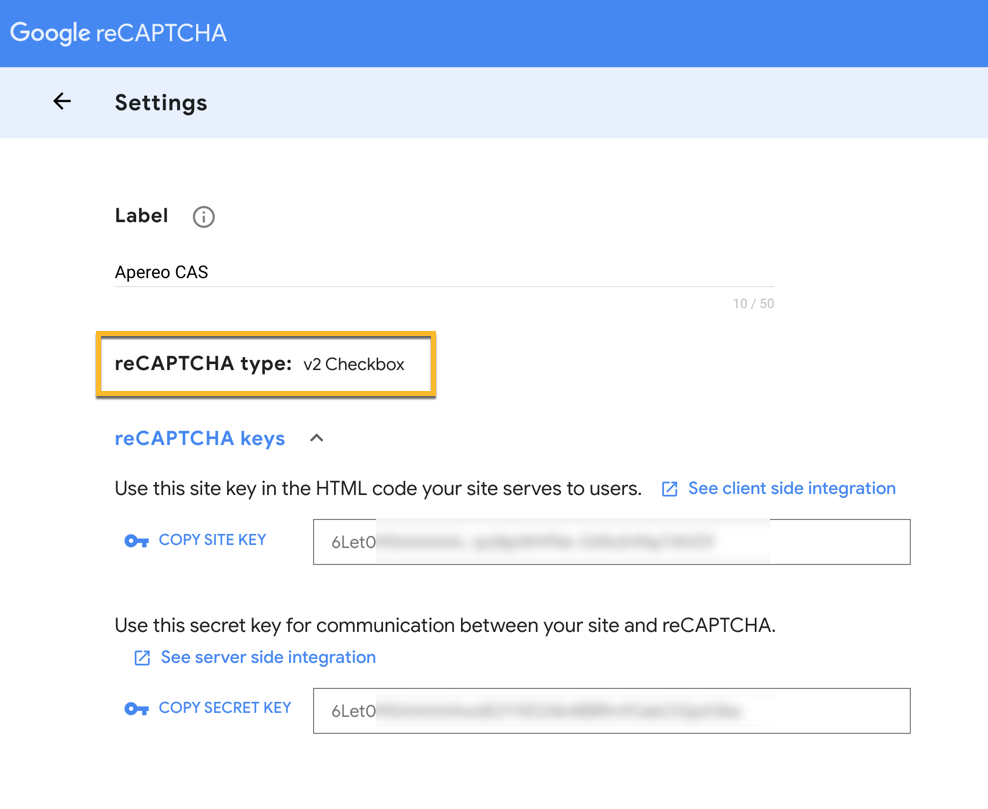 Next, once the reCAPTCHA module is included in the WAR Overlay, we can begin to register the integration keys with CAS configuration:

That should be all. Build and deploy and the very next time you bring up the CAS login screen, you should automatically be presented with reCAPTCHA:

Google reCAPTCHA returns a score (1.0 is very likely a good interaction, 0.0 is very likely a bot). Based on the score, one can take variable action in a specific context. By default, CAS allows for a static single score in the configuration that is compared against the reCAPTCHA response. If the returned score is less than what CAS requires, the authentication attempt would be blocked.

You can of course inject your own reCAPTCHA validation logic into CAS for more advanced scenarios. To supply your own validator, you should start by designing your own configuration component to include the following bean:

All you would have to do is to implement the org.springframework.webflow.execution.Action interface in the MyValidateCaptchaAction.

Finally, if you benefit from Apereo CAS as free and open-source software, we invite you to join the Apereo Foundation and financially support the project at a capacity that best suits your deployment. If you consider your CAS deployment to be a critical part of the identity and access management ecosystem and care about its long-term success and sustainability, this is a viable option to consider.