Traefik is an open-source cloud-native, modern reverse proxy and edge Router that makes publishing services quite simple. Its key characteristic is that it can automatically discover the right configuration for services as it inspects infrastructure to find relevant information on which service serves which request.

In this post, we will take a look at how Apereo CAS can be deployed via Docker and sit behind Traefik. A dockerized CAS deployment is an existing CAS overlay project wrapped in Spring Boot, Docker, and Docker Compose. This setup requires a few extra modifications in order to allow an additional integration with Traefik for http and https access.

Our starting position is as follows:

The first step is to allow the CAS server to serve requests on a designated port 8080 and under http. To do this, the cas.properties file should be adjusted to include the following settings:

You can choose any port you prefer, but you do need to make sure the same port is exposed in the Dockerfile for the CAS server via the EXPOSE directive. Traefik retrieves the private IP and port of containers from the Docker API as part of its auto-configuration and discovery strategy.

Note that the CAS Dockerfile found in the overlay project does include EXPOSE 8080 8443 for port exposure.

Next, the docket-compose.yml file should be adjusted to pull down the Traefik docker image and auto-configure it:

The labels will be read later by Traefik to auto-configure the service. Specifically,

The Traefik container itself is exposed over port 80 for routing traffic and we also allow for port 8080 which grants access to the Traefik dashboard. We are also mapping two volumes:

At this point, the only remaining task is to create and design the traefik.toml file.

We can use the following to build and run our Docker containers:

Please be patient, as doing a build for the first time might take a while depending on your bandwidth. Once ready, you should be able to browse to http://localhost:8080/dashboard and access the Traefik dashboard:

We can also examine our CAS router and its configuration: 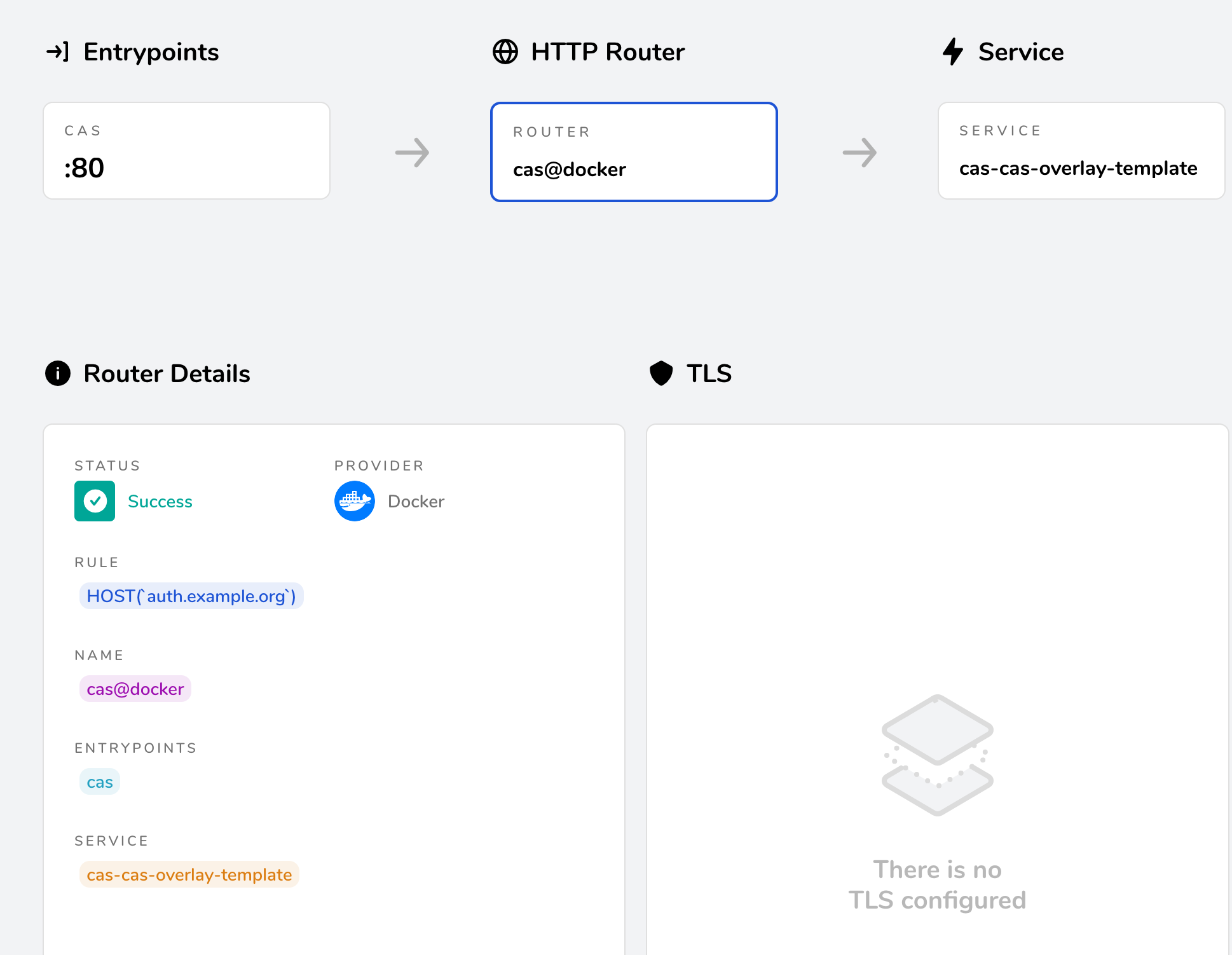 Of course, you should be able to get to the CAS server using http://auth.example.org/cas/login.

For extra credit, you can in fact examine the CAS service and its configuration that is automatically discovered and configured by Traefik to note the expected port: 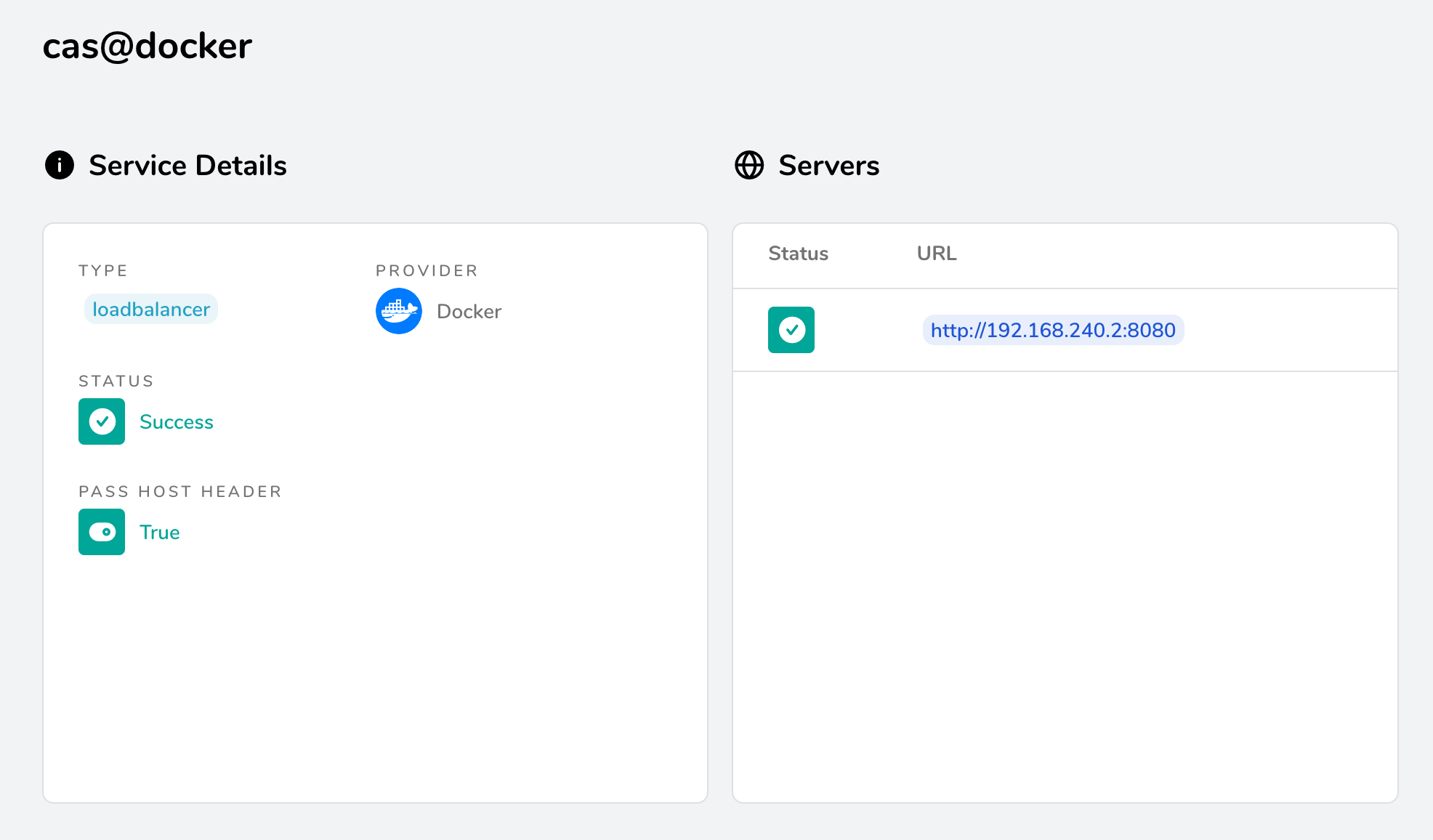 Setting up TLS is quite similar to previous steps. First, we need to make sure the correct protocol header that is passed from Traefik to CAS is defined as https:

Our docker-compose.yml file must be adjusted to turn on TLS, relevant ports and map volumes and certificates:

The most notable differences are,

If you rebuild and launch the containers again, the Traefik dashboard should indicate that port 443 is enabled to serve secure traffic: 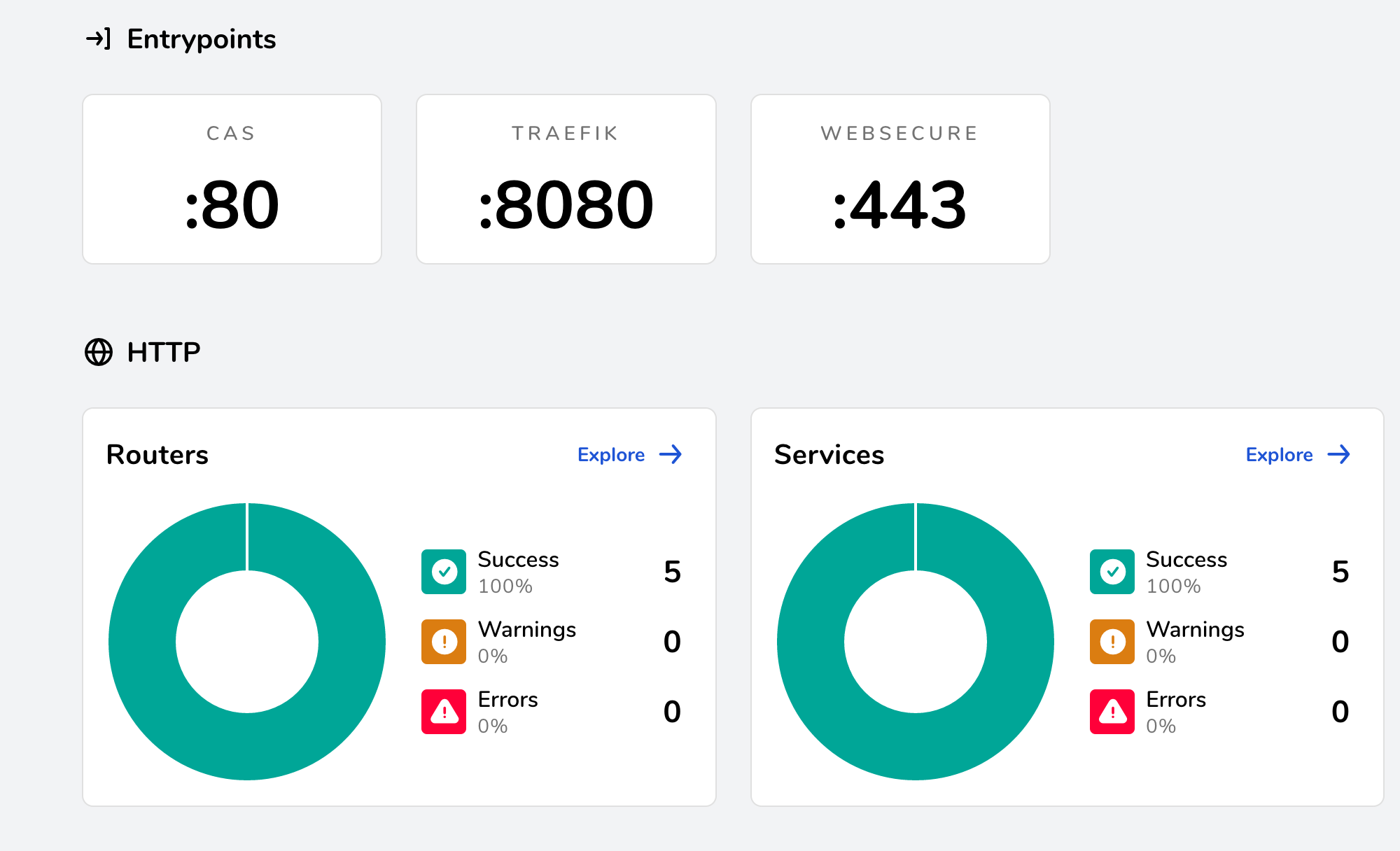 Of course, our router setup also should indicate that TLS is now activated: 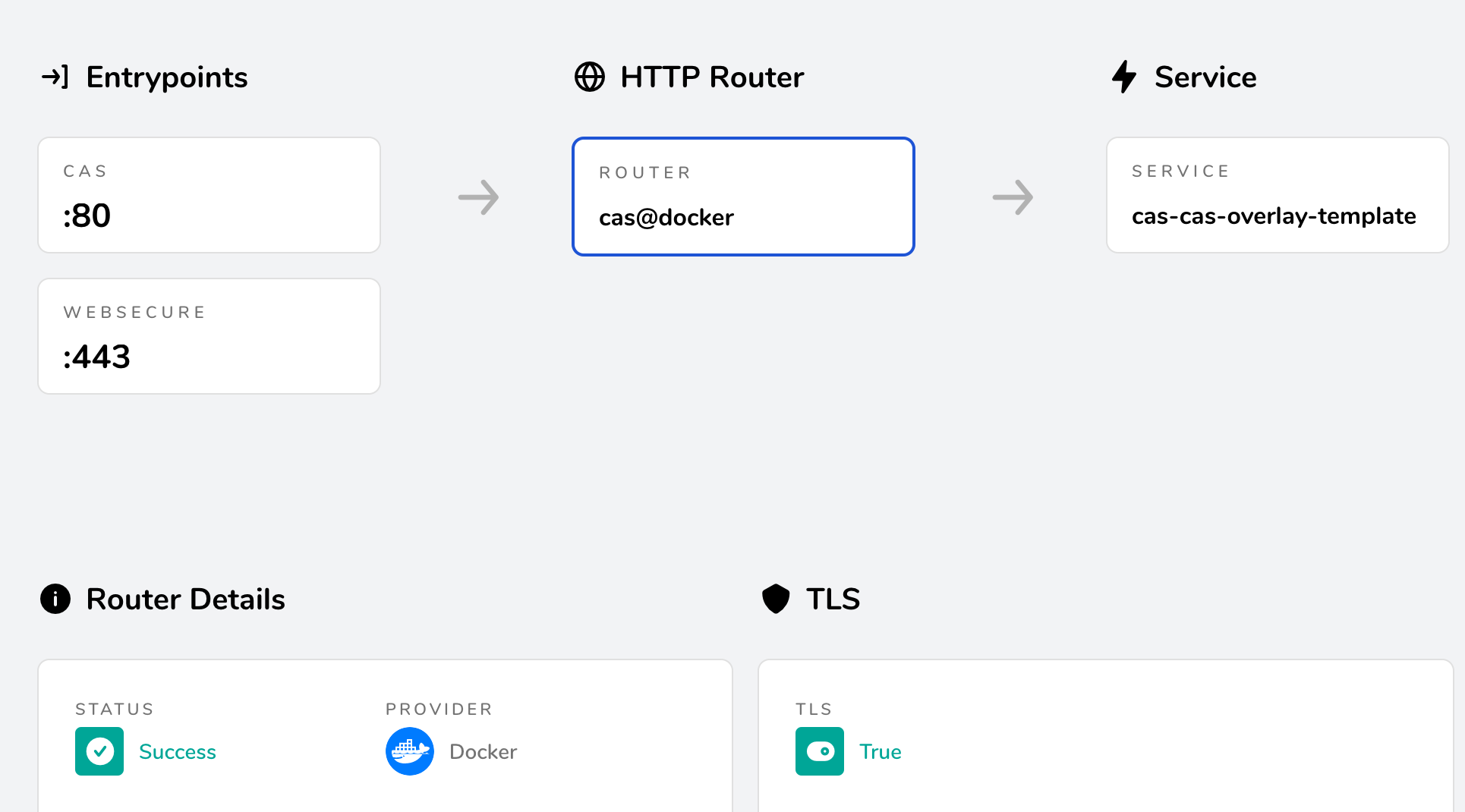 At this point, you should be able to get to the CAS server using https://auth.example.org/cas/login.